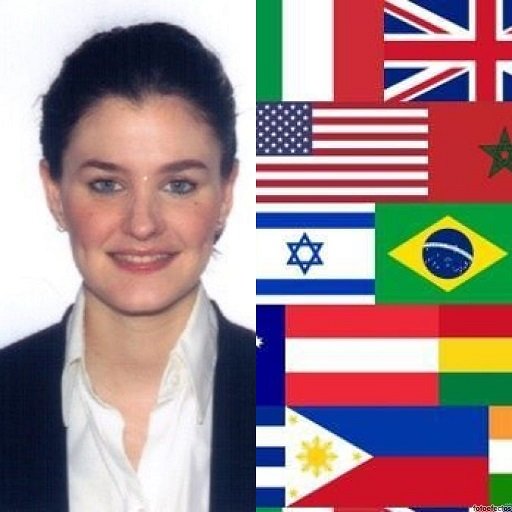 The former student of the EU Mediterrani Elisabet Aranaz Gomà, class 2009/2013, makes an interesting reflection on the importance of a good language training when working in the tourism sector.

How important is it to learn a language in the tourism sector?

I have never been attracted to either the numbers or the letters … I knew that I had to choose well the following 4 years of studies that would represent the effort that in the not too distant future would see its fruits. So it was…

I was very young when I did not know what to do with my academic future (like many other students, now, they must be found). I consider myself a creative person and I pay a lot of attention to details naturally, that’s why I decided on the field of graphic design.

I studied 3 years and when doing the internship I realized that I had not been right at all. I learned, yes, but I didn’t see the point. And doing things without a meaning doesn’t get you anywhere. You always have to row in one direction … and never stop doing it.

I was disconnected from my studies for 4 years without knowing where to go, when people around me were very clear about their vocation, it was very frustrating for me. I no longer knew if you were born with it or had to be found … the famous Ikigai.

My mother always says that time is never wasted, if in the end it helps you to know where you are from and where you want to go. I have never regretted the decisions I have made in the professional field. The most important thing, I think, is to give the best of yourself and realize what you are good at in order to enhance it, for all this I chose to study the Degree in Tourism in EU Mediterrani.

It was in the third year of tourism degree that I decided to go to Canada to improve my English. First I went 3 months of internship to a hotel near Vancouver and the second time I worked for a Spanish clothing company so that I could learn the language as quickly as possible. I arrived almost two years, I wanted to stay another one but it was not possible at the bureaucratic level.

Despite the fact that I really liked the experience and was in Barcelona working with excellent English, I was not satisfied. What I liked was getting to know new cultures and adapting to a new country. Enrich my professional experience and see what work philosophy they have in other countries … What I would never have imagined was that today I would be in Austria, specifically in Vienna, struggling with German, which is difficult to learn.

I remember the classes with the EU Mediterrani teacher Anna Buj, I was not bad at it but I thought it was a language that I would never use in my life and now I only think about everything I learned in the last 3 years at university. I remember her a lot.

A German hotel chain has given me the opportunity, without the language. Quite a challenge, full of slightly awkward situations … I just hope it is to lose a battle, to win the war.

My advice for those starting in the tourism sector: at least two languages ​​in your pocket and experiences abroad. We do not know where we will end or what we will be doing in the future, but the tourism sector requires sacrifice. Weekends and holidays working when the family celebrates it. You have to be sure.